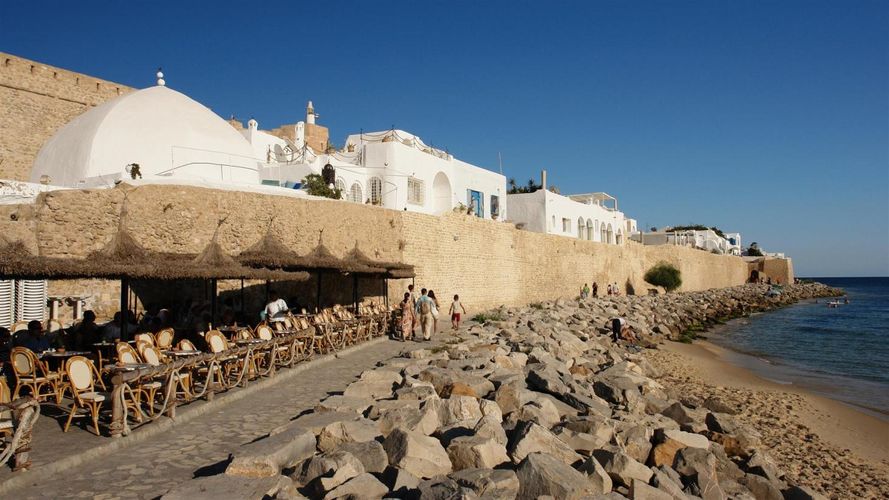 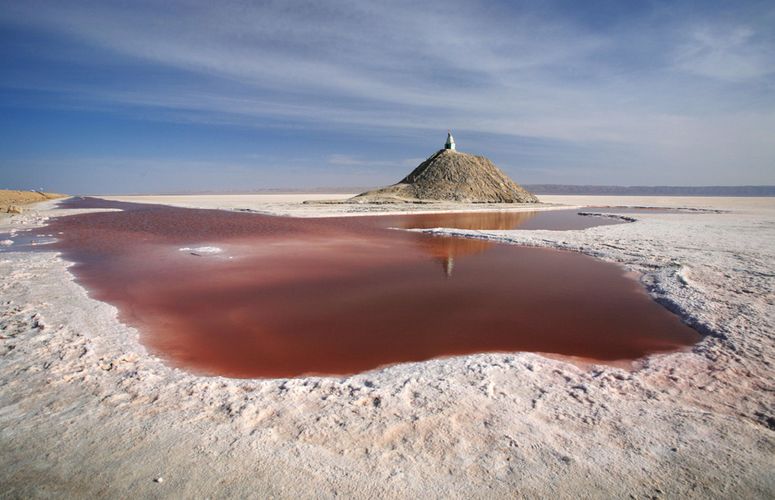 Take a step back in time during this eight-day tour through the splendid Mediterranean country of Tunisia. Visit impeccable Roman ruins, charming seaside villages, important Islamic monuments and distant desert escapes. The country’s history is sure to impress and the heritage of its past is as alive now as ever. With the country’s impressive infrastructure and modern hotels, your stay here with lack none of the comforts of home. Discover the best of North Africa on this unforgettable Tunisian trip of a lifetime. • Tunis: Tunisia’s laid-back capital boasts beautiful Islamic architecture and neighbours the famous ruins of Carthage. • Sidi Bou Said: A Mediterranean dreamland, this town is full of white walls and beautifully blue accented doors and windows along with endless views of the Mediterranean. • Dougga: This ancient city has remained incredibly preserved over centuries and is a UNESCO World Heritage site. • Kairouan: Founded in the seventh century, Kairouan is considered the Islamic capital of Tunisia. • Tozeur: The desert town is a gateway to mountain oases and desert adventures. • Sousse: This seaside town is a great spot to hit the beach and check out the upscale Port El Kantaoui.

Day 1
ARRIVAL TUNIS
On arrival to the Tunis–Carthage Airport, you will be assisted by your proFéssional guide and driver and transferred directly to your hotel in Tunis, the capital city of the country and its greatest metropolitan area. Enjoy the remainder of the day at leisure.
Day 2
TUNIS – SIDI BOU SAID – CARTHAGE – HAMMAMET
Today starts with a transfer to the picturesque Sidi Bou Said after breakfast at the hotel. This charming village is known for its white walls and indigo blue windows and doors, and features dazzling views over the Mediterranean Sea, set at an altitude of over 100 metres high. Your next stop is at the neighbouring archaeological site of Carthage, located on a magnificent coastline. Although the ancient city was destroyed by the Romans, this UNESCO World Heritage Site features excavations of homes, baths and sewage systems. The other significant site in the area is the Carthage amphitheatre, built towards the first century AD and later rebuilt by the Romans. The theatre today hosts some 30,000 visitors at the yearly International Music Féstival of Carthage. After lunch, head towards downtown Tunis to visit the Bardo National Museum, renowned for its rich collection of mosaics and located in an old Beylical castle in the middle of the old city of Tunis. The day is concluded with a visit and free time in the ancient Medina of Tunis before you continue to the Hammamet area to check in to your hotel.
Day 3
HAMMAMET – DOUGGA – KAIRAOUN
Begin the day with breakfast at the hotel. Today, we continue to yet another one of Tunisia’s rich archaeological sites, Dougga, a UNESCO World Heritage Site, awarded for containing the best-preserved small Roman town in North Africa. The site contains the heritage of a variety of civilisations, such as Roman, Punic and Byzantine. Its most significant monuments are the exquisite Roman Capitol and Theatre. After a local lunch, transfer to the ‘capital of Islam’ in Tunisia, Kairaoun, checking in to your hotel on arrival.
Day 4
KAIRAOUN – TOZEUR
After breakfast take a walking tour with your guide through the old Medina of Kairouan to the Great Mosque of Kairouan, located in the middle of the Medina and built by the Arab general Uqba Ibn Nafi in 670 AD. The site attracts thousands of local and international visitors for its magnificent architectural and spiritual value. The next visit is to the impressive ancient engineering site of the Aghlabid basins, where two large water basins and a few cisterns have survived the passing of centuries as they helped conserve and distribute decades of scarce drinking water resources. After lunch, head south via Gafsa to arrive at Tozeur, the city of palm trees.
Day 5
TOZEUR
After breakfast, enjoy the day at leisure. Optional activities: Take a morning 4X4 ride to discover a beautiful oasis (not included). Drive through the desert and the occasional dry salt lakes to arrive at the stunning mountain oasis of Chebika and Tamerza Canyon. After lunch, you will also have the option for another 4X4 ride to visit the site of the Star Wars filming location found in the middle of the Sahara Desert, only a couple of minutes from Tozeur (not included).
Day 6
TOZEUR – CHOTT DJERID – DOUZ
After breakfast, on the way out of Tozeur, visit the centre of this small town and spot the intricate architectural designs on the façades of the houses. Then drive through the biggest salt lake in the country, Chott el Djerid, admiring the outstanding never-ending view of white and pink mirages, also used as a filming site for Star Wars. On your arrival to Douz, the ‘gateway to the Sahara’, indulge in a delicious lunch and spend the rest of the day at leisure. Lunch is included.
Day 7
DOUZ – MATMATA – SOUSSE
After breakfast at the hotel, the first stop of the day is at the old village of Matmata. The area contains one of the best preserved, still inhabited troglodyte houses, carved by Tunisian Berbers in the middle of the surrounding earth. A filming site of the Star Wars movie is also open for visitors in Matmata. The next stop is at the village of El Djem, home of the Roman amphitheatre of El Djem, the third largest Roman amphitheatre in the world, built around 18 centuries ago, and exceptionally well-preserved up to this day. The site was mainly used for spectator events, namely gladiator battles. After a local lunch in El Djem, continue to the Mediterranean town of Sousse for your last night in the country.
Day 8
DEPARTURE SOUSSE
After breakfast, and depending on your flight time, your guide accompanies you to the high-end leisure harbour of Port El Kantaoui, where you will have the opportunity to purchase some souvenirs or simply enjoy the relaxing surrounds while sipping on some Tunisian coffee or fresh juice. Then transfer to the airport with assistance for departure. Breakfast included.

No reviews
Enquire for price
Starting From
1566 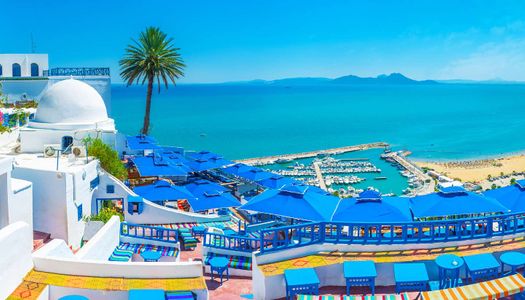