Bangalore city has gradually evolved from the status of a ‘Garden City’ to the hi-tech ‘Silicon Valley of India’ and is the country’s third largest city as well as the most livable of all cities in the country. The city’s façade has been reframed time and again by the prolific growth of the IT Industry in the city. But apart from its business as well as commercial aspects, the city comes with immense tourism potential as well. From the lush greenery of Cubbon Park to the many revered Dravidian temples, from the gastronomic delights in store at the uncountable eateries to the aromatic cocktails at the craft breweries, Bangalore has almost everything in it to offer to a tourist who always craves for more and more

Air Tickets (International / Domestic) Visa and Insurance Hotel Taxes Suggested optional activities/ tours if any. Any meals / snacks other than mentioned in the itinerary Camera Fee and any other entertainment charges Tips of any kind – Guides, Driver, Cruise Crew, etc. Portages at airport Personal Expenses such as Laundry, Telephone etc Beverages of any kind Any Item do not mentioned above

1 STAR
Bangalore: Any 3*/4*/5* Hotel or Accommodation (Optional) or similar 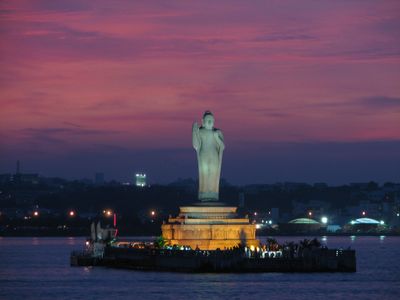