Discover Sri Lanka’s central highlands and behold a world of lush landscapes, picturesque lakeside cities, historic temples and ancient citadels. Meet some of the friendliest and gentlest creatures in the animal kingdom at an elephant orphanage and breathe in the fragrances of Sri Lanka at herb and spice gardens. Enjoy, too, cultural shows and spiritual experiences over five unforgettable days travelling across this idyllic island and also be enchanted by the contrasts between the old world charms and modernity of the capital. - Sigiriya: The ‘Lion Rock’ that rises almost 200 metres above the jungle is a sight to behold and offers stunning panoramic views - Kandy: This beautiful city is home to the Temple of the Sacred Tooth Relic and its associated palaces and gardens - Dambulla: Discover an impressive cave temple consisting of five caverns decorated with painted walls and ceilings - Polonnaruwa: The ruined medieval capital of Sri Lanka remains in excellent condition despite the ravages of time - Colombo: Sri Lanka’s vibrant capital is both a historic city packed with colonial architecture and modern metropolis with soaring skyscrapers.

Departure airport transfer Air Tickets (International / Domestic) Visa and Insurance Suggested optional activities/ tours if any. Any meals / snacks other than mentioned in the itinerary Camera Fee and any other entertainment charges Tips of any kind – Guides, Driver, Cruise Crew, etc. Portages at airport Personal Expenses such as Laundry, Telephone etc Beverages of any kind Any Item do not mentioned above

Day 1
COLOMBO – PINNAWALA – DAMBULLA (135km – 4.5 hrs)
Arrival at Colombo airport for meet and greet by Aitken Spence Travels guide for transfer to Dambulla with a stop en route at the Pinnawala Elephant Orphanage. Heading inland, the climes become cooler, the landscapes ever more verdant and the countryside hillier. Located in the foothills of the central highlands, the world-famous Pinnawala Elephant Orphanage was founded in 1975 with just five calves, growing to more than 100 today. As well as all the elephants rescued from the rainforests, there have been dozens of births at the shelter, with the first arriving in 1984. Here, they are fed, bathed and allowed to roam freely. Catch sight of them at feeding time – a bottle for the calves and coconut leaves for the adults – and then watch these gentle giants frolicking in the waters of the River Maha Oya at bath time. After this fun and wild interlude, continue to Dambulla.
Day 2
DAMBULLA – SIGIRIYA – POLONNARUWA – DAMBULLA (160km – 3.5 hrs)
ake to the road after a delicious breakfast for a day steeped in Sri Lanka’s rich heritage. Begin on a high with a climb to the fifth-century Sigiriya fortress, which sits atop a rock that dramatically rises almost 200 metres above the rainforest. King Kashyapa built this citadel at the top of this giant boulder known as the ‘Lion Rock’, which was the innermost stronghold of a vast fortified city. In time it came to be abandoned and forgotten, covered by dense overgrowth until the British encountered it and began a painstaking archaeological exploration. Today, the terraced gardens and cisterns, the moat, the ‘Mirror Wall’ and the fragile frescoes of the ‘heavenly maidens’ among the other remnants of this once thriving city offer only a tantalising indication of what once stood here. Pass through the lion’s ‘belly’ and climb to the top via a spiral staircase that snakes its way around the rock. From the summit, enjoy breathtaking views over the surrounding landscape and beyond into horizon. In the afternoon, discover the well-preserved ruins of the ancient city of Polonnaruwa. Built about 1,000 years ago, it features a large artificial lake, which is still in use and feeds a network of irrigation canals, the remains of a royal palace and a number of temples and administrative buildings. Admire the Gal Viharaya with its four statues of the Buddha carved out of rock, the Audience Hall, the Lotus Bath and the statue of King Parakramabahu. Contemplate also the Shiva Temple, the Lankathilake, the Watadage, the Galpotha and much more.
Day 3
DAMBULLA – MATALE – KANDY (90km – 2 hrs)
Enjoy a spiritual start to the day with a visit to the Golden Temple of Dambulla. Explore this 2,000-year-old sacred pilgrimage site carved deep inside a mountain. This awe-inspiring complex of five caves is a UNESCO World Heritage Site that features thousands of metres of painted walls and ceilings, and contains more than 150 images of the Lord Buddha as well as a few of deities and Sri Lankan kings. Each cave dates from a different era and tells its own story, with defining aspects such as a colossal 14-metre Buddha statue carved out of the rock or a frescoed ceiling with more than 1,500 images of Buddha. Continue to Matale to visit a spice and herb gardens. Sri Lankan spices such as turmeric, nutmeg, cardamom, cinnamon and lemon grass are considered among the best in the world. Witness a cookery demonstration and learn about the culinary and therapeutic values of these products. Proceed to Kandy for an evening visit to the Peradeniya Royal Botanical Gardens, whose origins can be traced back to the 14th century. The British, always keen gardeners, gave them a structure and introduced a variety of plants and flowers, creating the blooming fields of orchids and fragrant spices you see today… there’s even a tree planted by King George and Queen Mary in 1901. While to stroll along the ‘Avenue of Palms’ as it opens onto the Great Lawn with its solitary giant Java willow tree is a spine-tingling sensation. Cap off the day with a night at a dramatic cultural show, which features 12 folk and traditional dances accompanied by ceremonial drums and a drum orchestra. And prepare for a sizzling fire walking performance that will have you on the edge of your seat.
Day 4
KANDY – COLOMBO (115km – 2.5 hrs)
Kandy is a city renowned for its beautiful lakeside location, framed by lush hills, and an all-pervasive divinity but the jewel in its ever-resplendent crown is surely the Temple of the Sacred Tooth Relic. This stunning complex, the holiest of all for Sri Lankan Buddhists, was built in the 16th century solely for the purpose of housing a relic of one of the Lord Buddha’s canine teeth. The tooth relic is ritually cleansed every week by monks and the scented waters they use are considered holy. Situated on the banks of Kandy Lake, the innermost section where the temple itself is located is surrounded by a moat and wall. Other notable structures include the Golden Canopy, the New Palace and the Royal Palace, the old courthouse, the Queen’s Bathing House, the National Museum and the sanctuary. Contemplate in peace the magnificent period architecture and experience the tranquillity of the atmosphere. Continue to Colombo for an afternoon tour of the capital. Vibrant, bustling and colourful Colombo offers a stunning contrast to the rest of the country. Here skyscrapers grow out of historic colonial era districts near the port yet this modern metropolis never loses its old world charm. Visit the famous Pettah bazaar, pass Hindu and Buddhist temples and explore some of the city’s more affluent residential areas, where you'll find magnificent mansions and stately homes, and the Bandaranaike Memorial International Conference Hall. There is some free time for shopping before you are dropped off at your hotel in Colombo.
Day 5
COLOMBO Departure
Check out after breakfast at the hotel. Breakfast included. 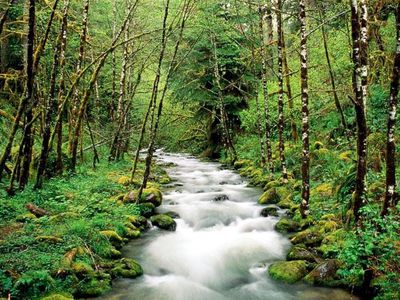 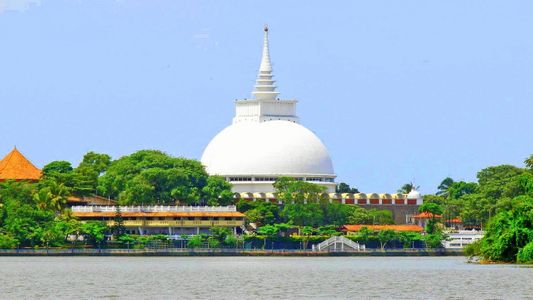