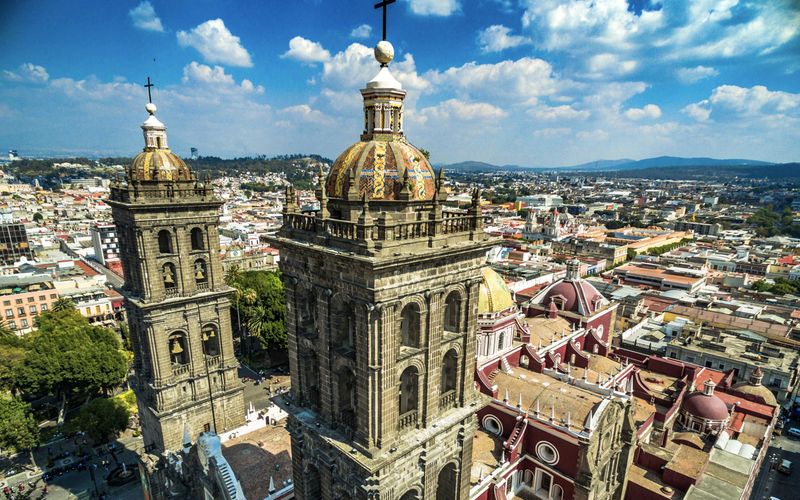 See the magic of Mexico with this 10-day tour offering an intriguing mix of ancient civilisations, breathtaking natural beauty and charming colonial cities. Explore the magnificent metropolis of Mexico City, then head south to uncover mystical Mayan cities as well as the ruins of Zapotec and pre-Aztec cities. Be humbled by the jaw-dropping scale of the Sumidero Canyon, learn about indigenous culture in Chiapas and lose yourself in the timelessness of graceful Merida. Savour the delights of picturesque Puebla. This promises to be an unforgettable journey, which showcases some of the best of Mexico. -Mexico City: This enormous, bustling capital city maintains its colonial charm and offers a vibrant and eclectic atmosphere. -Teotihuacan: Behold the vast scale of this well-preserved ancient city dominated by the 2,000-year-old Pyramid of the Sun. -Monte Alban: Visit the ruins in the Oaxaca Valley of the hilltop capital of the Zapotec civilisation. -Sumidero Canyon: The 1,000-metre-high vertical walls of this verdant gorge are a truly awe-inspiring sight. -Campeche: The walled old town of this colonial city is colourfully pristine and has been meticulously restored. -Uxmal: The Pyramid of the Magician in this UNESCO World Heritage Site rises above the jungle canopy. -Merida: Yucatan’s ‘White City’ is famed for the elegant tree-lined boulevards from the 19th century. -Chichen Itza: Uncover the mysteries of Maya civilisation at this ancient archaeological site dominated by the imposing Temple of Kukulka.