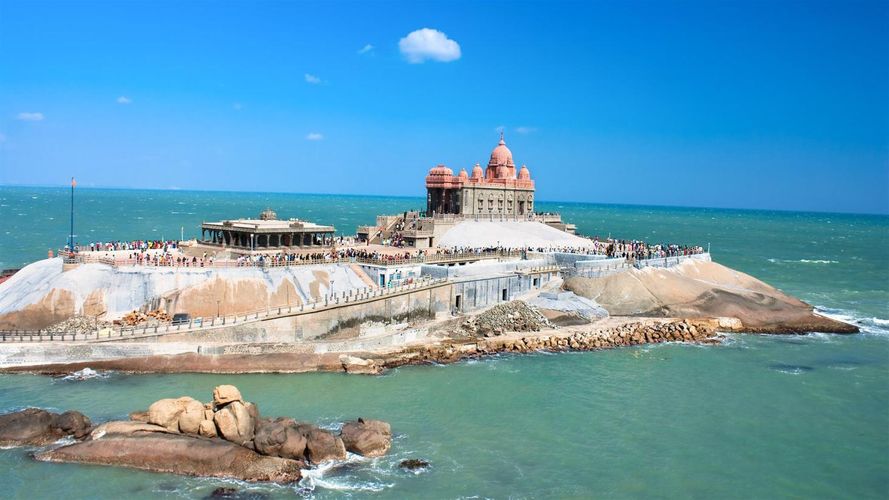 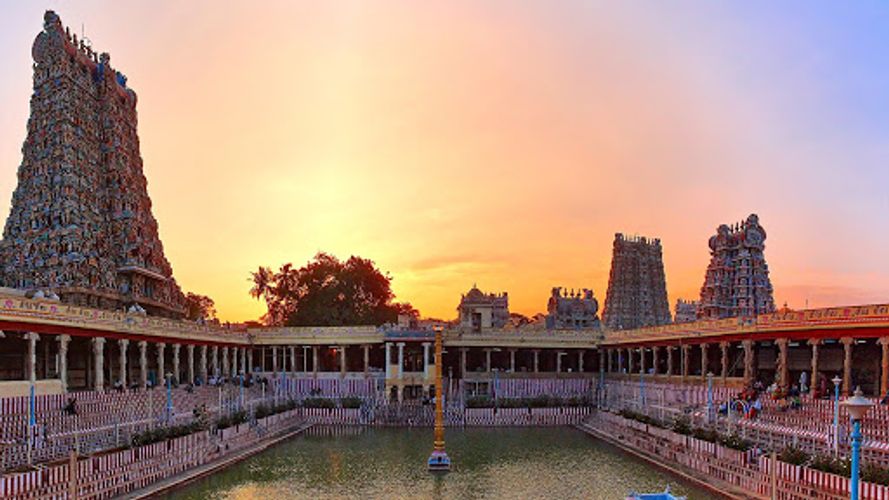 Small in terms of the area it covers but having a hallowed existence, Rameshwaram is a not-to-miss pilgrimage town located in Ramanathpuram District of Tamil Nadu. Separated from mainland India by the Pamban Channel, this tourist spot has been the centre of attraction for Hindu devotees across the world. A walk through the temples of Rameshwaram takes you to the days of the Ramayana and you would find enough evidences that will only reinforce your belief that there was once a man called Rama who walked on earth.

Flight / Train Fare Guide and Entrance Fee at the sight seeing Lunch & Dinner not included at any destinations Any personal expenses such as telephone laundry bills etc.

Day 1
Trichy Arrival / Drive To Madurai
Upon arrival at Trichy, meet assistance by our executive, followed by you will be transferred to Madurai. On reaching, you will be transferred to the hotel. After small refreshment – you can visit famous “Meenakshi Amman Temple” dedicated to goddess Parvati. Though it is famous by the name of goddess Meenakshi, the temple is also dedicated to her consort lord Shiva as Sundareshwarar. Onward visit the beautiful Tirumalai Nayak palace – a 17th century marvel with beautiful architecture. In the evening (based on the time availability) visit to ‘Tiruparankundram’ a temple dedicated to the Lord Muruga and is famous as one of the six abodes of Lord Subramaniya. Post visit return to hotel of stay. (Overnight at hotel in Madurai).
Day 2
Madurai To Rameshwaram
Checkout from hotel after early breakfast and drive to Rameshwaram. Famously known as the South Kashi Rameshwaram is a very popular pilgrim destination in India. It is one of the Char Dhams of India for Hindu devotees. On arrival check in to hotel and onward visit famous Ramanathaswamy temple, Gandhmadhana Parvatham, Hanuman temple and Dhanushkodi (depending on time and permission). (Overnight at hotel in Rameshwaram).
Day 3
Rameshwaram To Kanyakumari
After early breakfast drive to so called the lands’ end – Kanyakumari (cape-comorin). On reaching Kanyakumari Check in to hotel and later for sightseeing visiting places of interest such as The Kumari Amman Temple – the shrine of Devi Kanyakumari. Vivekananda Rock Memorial - stands on one of two rocks located about 500 meters off the mainland. Gandhi Mandapam - built on the spot where the urn containing the Mahatma Gandhi’s ashes was kept for public viewing before immersion. Thiruvalluvar Statue – (You can have a long view as it’s under construction) the famous poet who recited Thirukkural. Later free time and you can enjoy the spectacular sunset (subject to climatic conditions) (Overnight at hotel in Kanyakumari).
Day 4
Kanyakumari To Madurai Departure
Check out from hotel after breakfast and as per your departure flight schedule, you will be dropped at Madurai airport to catch your flight for your onward journey! Looking forward to meet you on another destination!!