Kingdom of the South 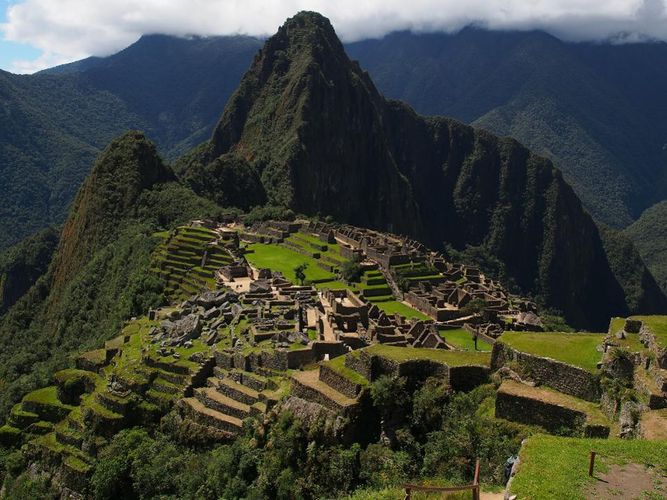 Discover on this six-day tour, why the Incas turned the Sacred Valley into the center of their empire. Learn about the main attractions of the city of Cusco and the valley, from impressive archaeological sites to Andean landscapes that leave you breathless at the foot of peaks covered in white snow. And let yourself be captivated by the imposing Machu Picchu and its incomparable mystique. • Cusco: The ancient Inca capital is a mixture of pre-Columbian ruins and Spanish colonial architecture. • Coricancha: Impressive sample of the convergence of the Inca universe with the colonial one. It was the temple dedicated to the veneration of the sun. Later with the arrival of the Spaniards, its foundations were used as a base for the construction of the convent of Santo Domingo. • Cathedral: Unmistakable Gothic-Renaissance construction in the Plaza de Armas. Inside you can appreciate a valuable collection of canvases of the prestigious Cusqueña School • Sacsayhuamán: An immense Inca fortress erected in the fifteenth century on top of a hill above Cusco. Its gigantic stones are a sign of its grandeur that continues to amaze visitors 500 years later. • Machu Picchu: The "Lost city of the Incas" is the reason why thousands of people arrive in Peru. Hidden among the vegetation, get closer to our past through its rooms built in communion with the landscape that surrounds them.

Day 1
ARRIVAL CUSCO – SACRED VALLEY (50km – 1.5 hours)
Arrive at Alejandro Velasco Astete International Airport in Cusco. Upon arrival, a representative will be waiting to greet you at the airport and the transportation service will transfer you to your Sacred Valley hotel. En route to the hotel, following the road to Pisac, you will make a stop at the Inkariy Museum where you will learn about the pre-Columbian history and traditions of Peru. This museum features a chronological circuit of exhibits that will not only give you an insight into the impressive Inca Empire, but will also introduce you to the lesser-known peoples of Peru, including the Caral, Chavín, Paracas, Moche, Nasca, Wari, Malbayeque and Chimú cultures. Upon arrival at your hotel, check in to your room and enjoy some free time to make use of the hotel facilities or to relax and re-charge your batteries ready for the trip ahead. Domestic flight from Lima to Cusco must arrive not later than 10:30hrs. Noon arrivals are too late. Overnight in Sacred Valley on a bed and breakfast basis.
Day 2
SACRED VALLEY – CHINCHERO – OLLANTAYTAMBO (85Km - 2 hrs)
Today breakfast at the hotel is followed by visit to the town of Chinchero, a small high-altitude town offering beautiful views of the valley and the chance to witness traditional clothing, customs and local handicrafts. Visit archaeological remains and a beautiful seventeenth-century church, one of the first Catholic buildings in Peru. You will then be transferred to the Yucay Museum of Living Culture, where you can see textiles, adobe pottery and silverware being crafted using techniques dating back to the Incas. This centre not only gives you an insight into local Andean traditions, but you also have the opportunity to feed the llamas, sheep and alpacas! Feel the true spirit of the Sacred Valley as you sample a lunch of local cuisine in a cosy restaurant in Ollantaytambo. After eating, explore the streets of Ollantaytambo, inhabited uninterruptedly since Inca times, and climb the iconic fortress built into the mountainside. At the end of the day, return to your hotel to rest full of the spirit of the Incas. Overnight in Sacred Valley.
Day 3
SACRED VALLEY – MACHU PICCHU – AGUAS CALIENTES (75km – 1.5 hrs)
Wake up to breakfast at the hotel then transfer to the Ollanta station to begin your trip to Machu Picchu. Enjoy the approximately two-hour scenic train ride to Aguas Calientes, also known as ‘Machu Picchu Pueblo’, the last stop before entering the most important archaeological site in Peru. It is believed that Machu Picchu was built for the Inca emperor Pachacútec around 1450 as a holiday residence. The citadel was abandoned just over 100 years later, probably as a result of the Spanish Conquest, although historians have never uncovered why it was abandoned or how it escaped the destruction that other Inca settlements faced. Instead, the jungle slowly engulfed its stone construction, covering it in a thick vegetation that kept it hidden and protected until the ‘lost city of the Incas’ was brought to international attention in 1911. Your tour will introduce you to the origins of this impressive citadel and guide you around some of its most iconic monuments, such as the main square, the royal rooms, the Temple of the Three Windows, the circular towers, the Sacred Clock and cemeteries. At the end of the tour, return to Aguas Calientes for lunch and free time in the afternoon. Overnight in Aguas Calientes.
Day 4
MACHU PICCHU - CUSCO (115Km - 4 hours)
Enjoy breakfast at the hotel before spending a relaxing morning at your leisure in Aguas Calientes, where you will find restaurants, bars, shops, and a craft market. Alternatively, you may return to Machu Picchu to further explore this spectacular ancient city. We highly recommend rising early and to watch the sun rise over the mountain, it truly is an unforgettable experience! Some of the best views of the sunrise can be found by hiking up Huayna Picchu, which houses a complex of underground temples, and Inti Punku (the Sun Gate), both more than 300 metres above the citadel itself. Another option is to take the short 30-minute trek to the Inca Bridge, the secret entrance to Machu Picchu used by the Inca army. Built into a spectacular path along a sheer mountain side, the simple plank bridge could quickly be removed to scupper the progress of any unwanted arrivals. In the afternoon, board the train back to Ollanta station where you will be met by the transportation service who will transfer you back to your hotel in Cusco. Overnight in Cusco.
Day 5
CUSCO: CITY TOUR & NEARBY ARCHAEOLOGICAL SITE
After breakfast at the hotel, take advantage of your free morning in Cusco to rest at the hotel or to explore its cobblestone streets and shop for local handicrafts. In the afternoon, enjoy a guided tour of the capital of the Inca Empire. The tour begins at the Santo Domingo Convent, a building constructed on the site of Coricancha, one of the most important Incan complexes dedicated to sun worship. According to historical records, the original temple walls depicted scenes of nature and were covered in gold leaf. After Coricancha, visit the imposing cathedral in the Plaza de Armas, then head to the Cusco hills, where you’ll find the fortress of Sacsayhuamán and panoramic views of Cusco. Continue on to Qenqo, an archaeological site where it is believed the Incas carried out religious rituals. Your tour ends in Puka Pukara, meaning 'strong red' in Quechua. Puka Pukara is an ancient military site comprising numerous rooms, courtyards, baths, aqueducts and towers. At the end of the tour, you will be transferred back to your hotel. Overnight in Cusco.
Day 6
DEPARTURE CUSCO
After finishing your breakfast at the hotel, your representative will assist you with check out and accompany you on the transfer to the airport. Although this is the last day of your journey through the Sacred Valley, we hope that your memories of this remarkable region, bursting with both culture and history, will last a lifetime. Breakfast included.

Note:
Guide options Guide type: Guide Tips type: Included Requirements Please provide flight details when booking. Please, fill in the fields with full names of all clients and answer question in which the Id card or Passport details of all members of the reservation are requested. 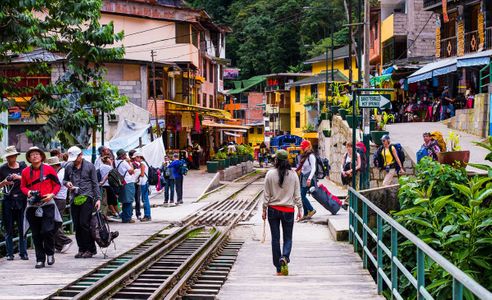