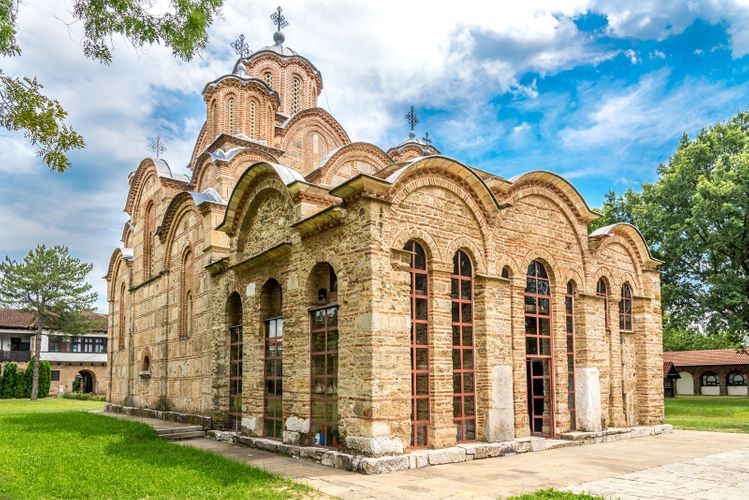 Skanderbeg square the Mosque of Ethem bey and old bazaar, Cathedral. The Famous Kullat e Junikut, Clock Tower, the Muedieval church houses some of the most preserved fresco decoration in the Balkans and the grounds are also a delight. The Orthodox church and the Carshi Mosque, the Spectacular Gracanica Monastery. The Old Ottoman market, the Monastery of Sveti spas and the ancient Kale fortress. Visting the 11th century church of st. Sofia as well as the Roman amphitheater. The Sveti Maum Monastery visit original 18th century orthobox churches and the Museum of Medieval art. The Historic town of Korce and the local Museum and visit the ancient city of Apollonia.