Day 1
Athens
Arrival in Athens. Our transfer will be waiting for you at the airport to take you to your hotel. Overnight Athens
Day 2
Athens
Athens city tour starts from the Panathenaic Stadium, where the first Olympic Games of modern times were held in 1896. Continue and pass by the Temple of Olympian Zeus, the Hadrian's Arch, the Parliament and the memorial to the Unknown Soldier, the Academy, the University, the National Library, the Constitution Square (Syntagma). On the Acropolis visit, the architectural masterpieces of the Golden Age of Athens: The Propylaea, the Temple of Athena Nike, the Erechtheion and finally "the harmony between material and spirit", the monument that "puts order in the mind", the Parthenon. Overnight Athens
Day 3
Athens, Corinth Canal, Mycenae, Nafplion
You depart early in the morning and cross the Corinth Canal. Next stop will be a visit at the famous Mycenae, a UNESCO World Heritage site. See the home of Mythical Agamemnon, the Cyclopean walls, the Lions gate and the royal tombs. Depart for Nafplion, the first capital of Greece in Argolis, the picturesque town nestling at the foot of a cliff crowned by the mighty ramparts of the Palamidi Fortress. Overnight Nafplion
Day 4
Olympia, Delphi
Early departure for Olympia, the birth place of the Olympic Games. Visit the archeological site of Ancient Olympia, Sanctuary of Olympian Zeus, the Ancient Stadium and the Archaeological Museum, with the impressive statue of Hermes of Praxiteles. In the afternoon the journey continues to the north, over the Rio-Antirio Bridge, and to Delphi. Overnight Delphi
Day 5
Delphi, Kalambaka
Visit at Delphi, a place that was once characterized as the center of the ancient world. You can see the well preserved remains of Temple Apollo, the Castalian Spring and Temple of Athena, the Oracle of Delphi. Afterwards, you will proceed to the small picturesque city of Kalambaka, passing through beautiful villages and cities of Central Greece, all built according to the traditional local arquitecture. Overnight Kalambaka
Day 6
Meteora, Athens
After breakfast we will visit Meteora. Meteora has unique rock formations, rising high, stand ageless Christian Monasteries among striking scenery, perched on top of huge rocks which seem to be suspended in mid-air. It is truly fascinating to visit the interior part of them, but also enjoy the amazing views. Return to Athens via Trikala, Lamia, Thermopylae with a short stop to see across the road Leonida's Monument. Arrival in Athens early in the evening. Overnight Athens
Day 7
Athens
After breakfast our tour concludes and we say goodbye to our new friends.

Please Note: 1. Group Size : Minimum Group Size of 6. Maximum Group Size of 20. 2. Age : Minimum Age of 8. Whilst there is no Maximum Age set it is assumed the customer is fit enough to take part in the activity or tour. Health documents may be requested. 3. Single travellers are obliged to pay Single Supplement and will have the hotel room to themselves. 4. The Hellenic National Tourism Organization has decided on a residence fee to be applied on hotel accommodation from 01/01/2018. The fees applied will be EUR 1.50 for 3* hotels, EUR 3.00 for 4* hotels and EUR 4.00 for 5* hotels, per room, per night and are not included in the tour price. This tax must be paid by the guests directly to the hotel before the end of the stay. 5. Child Discount : Age 8 - 10 sharing room with 2 full paying adults 30% and child will have a fold up bed. 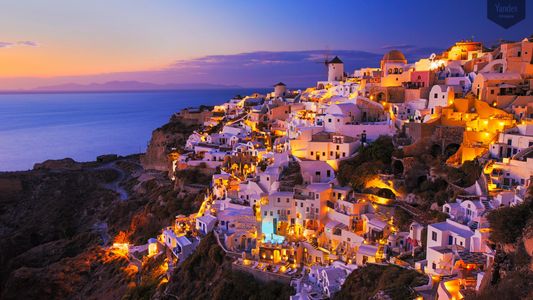 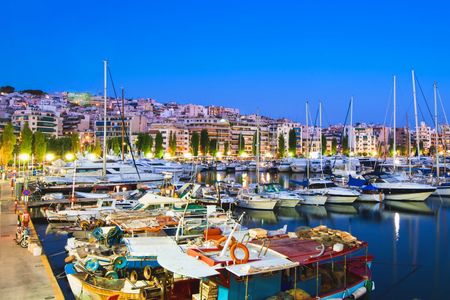