The Golden Triangle is a classic introduction to India. If you have never been to the subcontinent before, this is the perfect introduction. The three Indian cities - Delhi, Jaipur and Agra - speak history like no other book can. See with your own eyes the glory of the iconic yesteryear, giving a sense of nostalgia and a sense of belonging. Delhi has the influence of Moghul and British architecture, whereas Jaipur is known for being India’s first planned city where Rajputana architecture shines with its parks, gardens, monuments and palaces-turned-hotels beautifully laid out. While Agra, once the heart of the Moghul Empire, boasts the unparalleled beauty of the Taj Mahal which adorns the banks of the Yamuna River. Delhi: Old and New Delhi come to life during visits to the Jama Masjid, Qutab Minar and the grandiose colonial district Jaipur: Admire the amazing Amber Fort, visit the dazzling City Palace and see the romantic Palace of the Winds Agra: Behold the love poem written in stone that is the Taj Mahal and explore the city’s imposing Red Fort

Day 1
ARRIVAL DELHI
Arrival at Indira Gandhi International Airport with meet and greet by a representative followed by transfer to your hotel. In the evening, enjoy a welcome briefing session with the tour manager. Delhi is a bustling metropolis where the past and the present merge, and where the old and the new cities define the capital’s cultural and architectural heritage. Overnight in Delhi hotel on a bed-and-breakfast basis.
Day 2
DELHI
After breakfast, go out on a sightseeing tour of Delhi visiting highlights of Old & New Delhi. Start the tour by visiting the largest monument of Old Delhi, the imposing Red Fort (Closed on Mondays), built in red sandstone. The walls of the massive Red Fort rise a daunting 33 metres (108 ft) above the commotion of Old Delhi as a reminder of the magnificent power of former emperors. Very near the fort is the 17th-century Jama Masjid (‘Friday Mosque’), the largest mosque in India. Walk through the famous bazaars of Chandni Chowk to experience the hustle and bustle of a crowded oriental bazaar. Also visit Raj Ghat, the Mahatma Gandhi memorial, a simple black marble platform that marks the spot of his cremation. In New Delhi, visit the India Gate, the memorial of the First World War and the road that leads from there to the President House, flanked by the houses of Parliament, the Secretariat building followed by the Humayun’s Tomb, also known as the forerunner of the Taj Mahal. End your tour by visiting Qutub Minar, the tallest brick minaret of its kind in the world. Overnight in Delhi hotel on a bed-and-breakfast basis.
Day 3
DELHI – JAIPUR (235km – 5.5 hrs)
Depart for Jaipur after breakfast at the hotel, arriving in the ‘Pink City’, as it is popularly known, at about lunchtime. Check-in on arrival with the rest of the afternoon at leisure. Overnight in Jaipur hotel on a bed-and-breakfast basis.
Day 4
JAIPUR
Breakfast at the hotel is followed by a morning tour of Amber Fort. Located on a spur overlooking a lake, Amber Fort’s robust, time-ravaged walls appear imposing from the outside but they hide an interior packed with beautifully decorated palaces and temples, and landscaped gardens. Be dazzled by Sheesh Mahal, a room with all the four walls and the ceiling completely embedded with glittering mirror pieces. Admire the frescoes of the Ganesh Pol gate and the colonnade of the Diwan-i-Aam. Return to the old city to visit the City Palace and the beautiful palaces within, such as the Chandra Mahal and Mubarak Mahal and the intricately decorated Peacock Gate. Also of interest is the Armoury Museum, which houses an impressive collection of antique weapons such as blunderbusses, flintlocks, swords, rifles and daggers, which belonged the royals. Continue to Jantar Mantar, the astonishing largest stone astronomical observatory in the world. Consisting of 14 major geometric devices for measuring time, predicting eclipses, tracking stars in their orbits, ascertaining the declination of planets and determining the celestial altitudes, the observatory is a major attraction in Jaipur. End your tour by making a stop at the spellbinding Hawa Mahal or Palace of the Winds (photo stop) and the famous Johari bazaar famous for its jewels and saris, the Tripolia bazaar with bronzes, sculptures and lacquerware, the Bapu bazaar renowned for its perfumes and textiles, and Chandpol bazaar for pottery and bracelets. Overnight in Jaipur hotel on bed-and-breakfast basis
Day 5
JAIPUR – AGRA (250km – 6 hrs)
Take to the road after breakfast at the hotel, driving to Agra on the banks of the River Yamuna. Check-in on arrival. Agra rose to fame in the 17th century as the capital of the Mughal Empire and was beautified with gardens, waterfalls, bathhouses and canals. In modern times, the city houses a thriving crafts industry, including marble inlay work and carpets. Overnight in Agra hotel on bed-and-breakfast basis.
Day 6
AGRA – DEPARTURE DELHI (200km – 3 hrs)
-After having breakfast, go out on a sightseeing tour of Agra, which includes the awe-inspiring Taj Mahal. Built in the mid-17th century by the heartbroken Shah Jahan following the death in childbirth of his queen, Mumtaz Mahal, this mausoleum is an eternal love poem written in stone. During the visit, admire the intricacy of the work of the 20,000 craftsmen who were brought from Persia, Turkey, France and Italy to build this astonishing monument. (Closed on Fridays). Continue the tour and visit the Agra Fort, whose forbidding red sandstone battlements hide a number of majestic Mughal palaces. Explore the delightful Diwan-i-Am (Hall of Public Audience) where the emperor once sat on his throne to address his people, and the Diwan-i-Khas (Hall of Private Audience) where he hosted kings and foreign dignitaries. The white marble Mina Masjid (Heavenly Mosque) stands in contrast to the rest of the Red Fort. Afterwards, you shall be driven back to Delhi and transfer to the airport to board your flight for onward journey. Breakfast included. 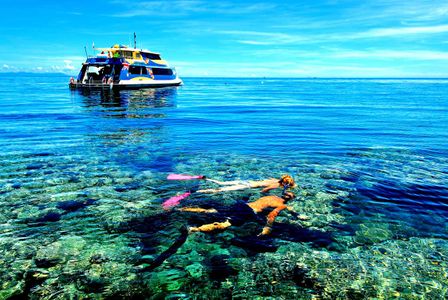 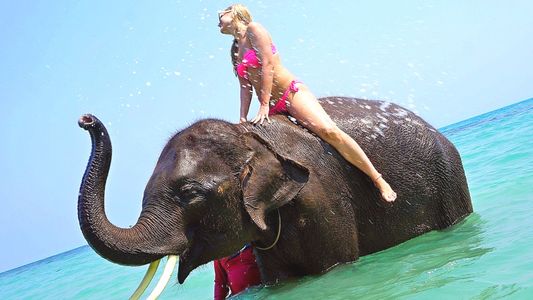