Confirmation & rates depends on availability at time of booking. Rates & availability is subject to change at the time of booking. As a general rule you can check-in from 14:00 on the day of arrival and must check-out at 12:00 (noon) on the day of departure. Peak season/Convention period surcharges extra. Hotel City taxes are not included. Maximum only one child is allowed with 02 adults in per double room. All the transfer of Mini Van/Coach with normal luggage capacity In one day a driver is not permitted to drive for more than total of 9 hours between 0800 hrs - 2100 hrs. In one day a driver must have 11 consecutive hours of rest. This can be reduced to 9 hours only three times per week. This is not specific to your itinerary. This will be influenced by the driver’s previous duties. The above EU laws can be overruled by the specific laws of a particular country. This is at the sole discretion of the police at the time of checking. Supplement attracted due to extra driving hours or KM will be borne by you. Europa ‘D’ Tour will not be liable to pay for such expenses. Tips to Driver: EURO 2 per person per day (Compulsory) In the event of a breakdown of a coach on a touring holiday, our liability will be limited; if, for any reason we cannot provide a replacement coach and that you miss out on a significant attraction we will reimburse the amount which we have paid to the supplier, though we will endeavour to replace the coach at the earliest. However, sometimes delays will occur due to many reasons beyond our control. In this event we are also entitled to use a replacement coach that we deem fit to conclude the rest of the journey. The replacement coach may or may not have the same amenities as the original coach. Passengers will be responsible for any services missed out by them due to not following the stated time; this includes meals, transfers, sightseeing, flight, etc. Hotels may ask for a credit card imprint or cash deposit at time of check-in to cover for incidentals. This amount will vary from hotel to hotel. 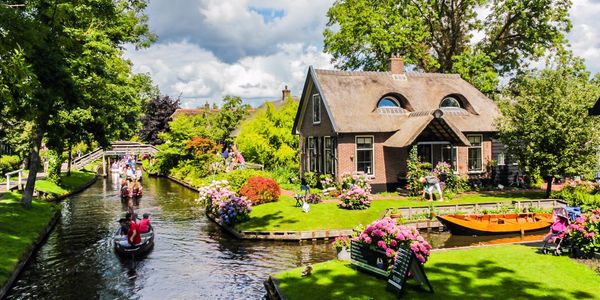